5 Employment Law Changes Which US Employers Should Expect In 2016 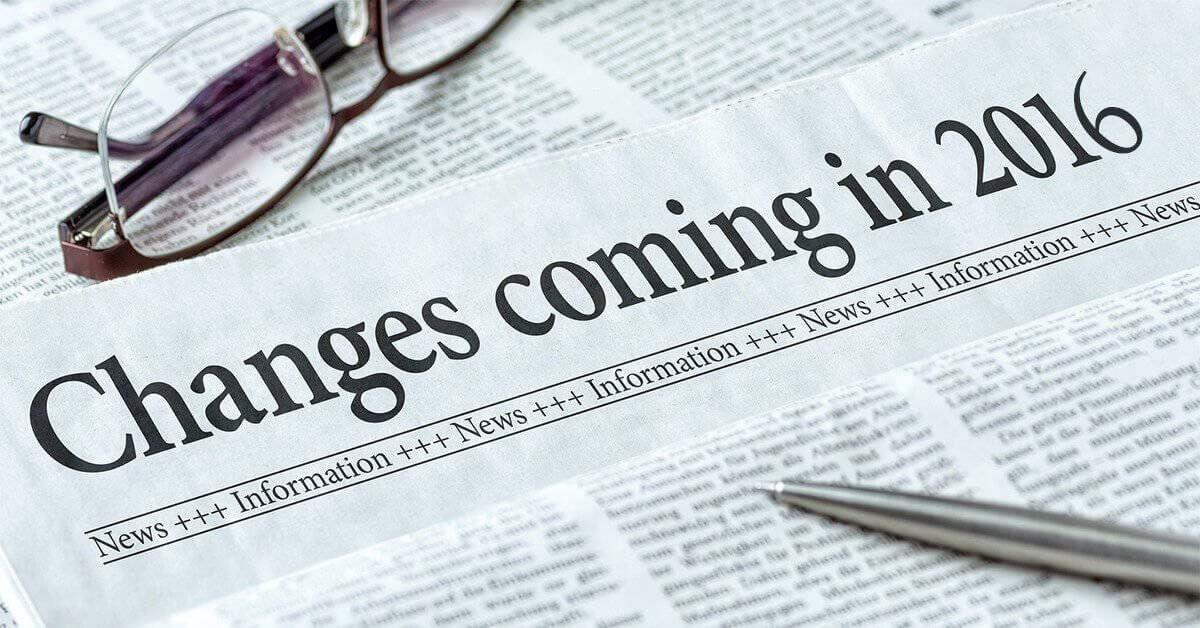 The year 2015 was a roller-coaster one for US employers – at least legally speaking. It saw a slew of employment law changes at federal, state and even local levels. Some of the changes came from decisions in landmark cases such as EEOC vs Abercrombie & Fitch.

Others came from critical National Labor Relations Board (NLRB) judgments like the “joint employer” ruling in the Browning-Ferris industries case. Yet other changes came from new state or local legislations like NYC’s “Ban-the-box” law or Los Angeles’ raising of the minimum wage to $15.

Most of these changes had employers scrambling to change their internal policies in order to comply. However, basing on the upcoming 2016 employment law changes, the year 2015 will seem quite calm.

The year 2016 expects to see new employment law changes – some of which are already sparking controversy. To be on the safe side, every employer needs to keep tabs on these upcoming legal changes. Whoever fails to do so may find themselves fighting unnecessary legal battles. Therefore, if you are a HR professional who desires to avoid getting into a legal muddle, you need to keep track of these 5 upcoming 2016 employment law changes.

Changes In The Federal Wage Law

Perhaps the greatest legal change of 2016 will come from the Department of Labor’s decision to amend the Fair Labor Standards Act (FLSA). Specifically, the DOL intends to update sections of the FSLA which deal with wages and overtime.

This will be the first update to the federal wage law since 2004. According to the DOL, this update is needed to bring federal wage standards in line with changes in inflation since the last update in 2014.

The update – which is expected to be enshrined in a Final Rule to be unveiled in early 2016 – is already causing consternation among employers. This is because some of its provisions are likely to leave them scrambling – especially to deal with overtime.

The update’s main sticking point is that workers earning less than $50,400 a year or $970 a week, must be paid overtime for any hours worked over 40. This figure is based on the 40th percentile of the weekly wages of all full-time salaried workers nationwide.

For employers, the major complaint is what constitutes “overtime.” For instance, the simple act of checking work-related email can be considered work. Also, for employers who offer flexible working schedules (e.g. those in the tech sector), keeping track of overtime work may become tricky.

However, it is a law which is coming. As such, every employer who has staff earning below $50,400 a year or $970 a week should take note of it. At a minimum, they should begin figuring out how to deal with the new pay standards.

Effective January 1st, 2016, all federal contractors will be required to pay a minimum wage of 10.15 per hour. This is in line with an announcement which was made by the US Secretary of Labor.

This raise is actually a follow-up to Executive Order 13658 which was signed by President Obama on February 12th, 2014. This Order established a new minimum wage for all federal contractors – as well as a threshold for future increases.

At the point of signing, the Executive Order raised the minimum wage to $10.10 per hour effective from 1st January, 2015. It also gave the Secretary of Labor the prerogative to determine appropriate increases in subsequent years.

In September 2015, the US Department of Labor announced that the minimum wage would be increased by $0.05 per hour. This means that Federal Contractors would now be required to pay at least $10.15, effective from January 1st, 2016. The minimum rate for any tipped employees covered by the Executive Order would increase to $5.85 per hour.

Enforcing the rights of pregnant workers has been among the top priorities of the Equal Employment Opportunities Commission (EEOC) over the past two years. The EEOC has been piecing together enforcement guidelines, while drawing from a variety of laws including Title VII of the CRA and even the Americans With Disabilities Act (ADA).

In 2016, the agency seems destined to receive a concrete law upon which to base its enforcement activities. This law will come in form of the Pregnant Workers Fairness Act (PWFA) which is already before congress.

The PWFA is expected to establish new guidelines which are designed to protect the rights of expectant parents. It is expected to mandate employers to make accommodations for the realities which arise from pregnancy, childbirth and associated medical conditions. The ultimate goal is to ensure that employees are no longer put in a position where they have to choose between pregnancy and a job.

The exact date when the PWFA will be passed is unknown. It is currently tabled as House Bill No. 2654. The bill was introduced on June 14th, 2015 having been sponsored by Jerrold Nadler (D-NY-10). On September 16th, 2015, the bill was referred to the Congress’ Subcommittee on Workforce Protections. Most legal experts agree that it will be passed sometime in 2016.

The Occupational Safety and Health Administration (OSHA) is renowned for clamping down on employers who violate health and safety guidelines. One of favored enforcement tools is subjecting violators to hefty fines.

Starting from August 1st, 2016, the agency will be able to raise its fines by up to 80 percent. This follows the signing of the bipartisan bill by President Obama on November 2nd, 2015. Part of the bill included a directive requiring OSHA to issue a “catch-up adjustment” in fines effective on August 1st, 2016.

This adjustment will be the first time the OSHA has revised its fines upwards since 1990. Under normal circumstances, OSHA fines are calculated from the Consumer Price Index (CPI). The current fines are based on the CPI of 1990. This is precisely why it has been mandated a “catch-up adjustment.”

Most industry experts estimate that the adjustment could increase fines by up to 80 percent from their current levels. From there, the fines will be calculated from the CPI. This could lead to further increases.

The hike in OSHA fines should be the primary deterrent for employers. It means that they need to be careful about violating worker health and safety regulations in 2016. The employers who should take most care are those in “joint employment” arrangements – especially given the widening of the culpability threshold brought about by the NLRB’s Browning-Ferris Industries ruling.

On November 2nd, 2015, the US President Barrack Obama issued Executive Order “banning the box” in federal recruitment. This was seen as the first step towards the introduction of a federal “ban-the-box” law.

In fact, the clamor for such a law has been growing. This is after numerous US states and cities introduced their own “ban-the-box” laws. Well, such a law could be in the offing come 2016 – given the fact that a draft bill has already been tabled before congress.

The bill, called the “Federal Fair Chance Act (FFCA)” was introduced on September 8, 2015 by senators Cory Booker (D – N.J) and Ron Johnson (R – Wis). The bill was co-sponsored by a total of 11 senators – both Democrat and Republican.

In fact, the Federal Fair Chance Act is one of the most widely supported legislations across the political spectrum. Even presidential hopefuls like Bernie Sanders and Hillary Clinton have spoken out in support of a federal “ban-the-box” law.

There is also a large wave of support from activists – including influential associations like the American Civil Liberties Union (ACLU) and the NAACP. Other major associations supporting the bill include the Bend the Arc Jewish Action, The Center for Urban Families and The National Black Prosecutors Association.

The overwhelming support for a federal “ban-the-box” law is the reason why many experts expect the FFCA to be passed in 2016. Currently, there isn’t a clear timeline as to when the law will be passed.

Employers, Keep Your Ears To The Ground

In a nutshell, those are the five major 2016 employment law changes which HR professionals will have to keep tabs on. However, they aren’t the only legal changes a typical professional will have to observe. For starters, some sections of established laws like the ADA, and Title VII of the Civil Rights Act (especially dealing with religious discrimination) may require reinterpretation on the basis of recent landmark court cases.

Secondly, both the OSHA and NRLB have introduced a number of guidelines on various workplace related issues. The OSHA, for instance has new guidelines for preventing workplace violence, and also for the treatment of LGBT workers.

Finally, some states are working on introducing their own 2016 employment law changes. Two notable states in this respect are New Hampshire and Massachusetts. It doesn’t take a stretch of the imagination to project that other local jurisdictions may introduce their own legal changes and updates.

The bottom line is that the year 2016 is likely to be a busy one for US employers –legally speaking. There will be a large number of legislations to keep track of. However, as is often advised, the best strategy for dealing with legal changes remains the tried and tested three step method: study each law, understand it, and change your internal policies to comply with it.