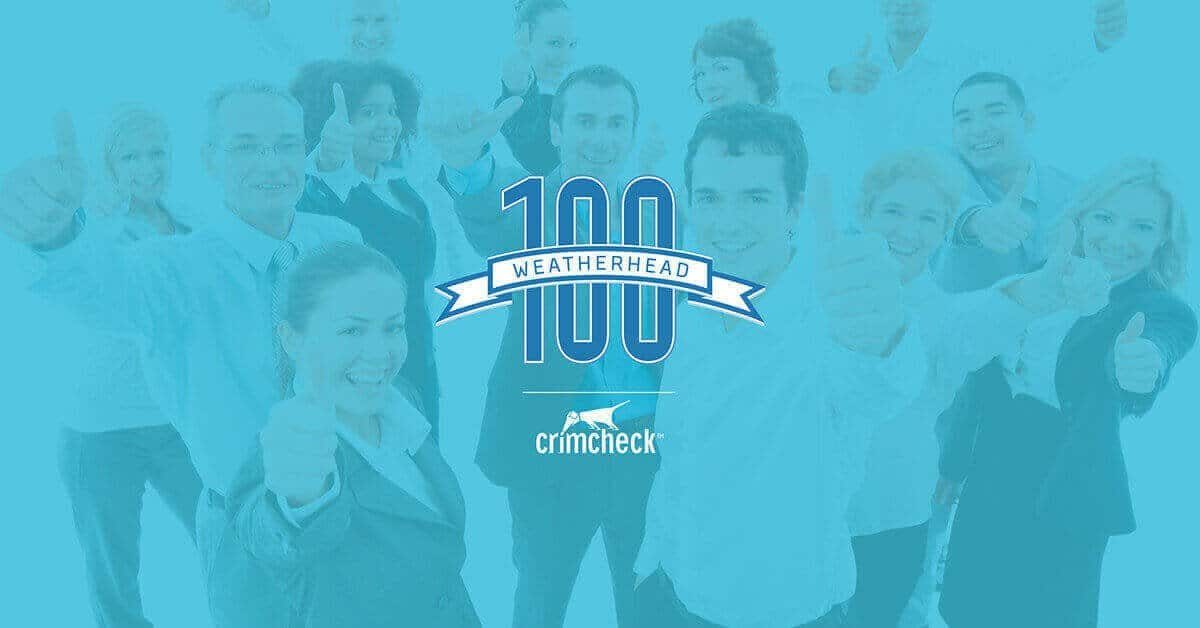 Cleveland, Ohio – December 9, 2008 — On December 2nd, 2008, Crimcheck was recognized as one of the fastest growing Northeast Ohio companies by being presented with the prestigious 2008 Weatherhead 100 award by Case Western Reserve University School of Management. The Weatherhead 100 was forged as a venue for encouraging the truest spirit of entrepreneurialism and rewarding those companies that serve as a beacon to all businesses in Northeast Ohio. This is the second year in a row that Crimcheck was honored at this event, and this year, Crimcheck placed 64th on the list.

“Being named a Weatherhead 100 company carries a distinction of achieved excellence in every facet of your business”, said Steve Millard, Executive Director of the Council of Smaller Enterprises (COSE).

At the black tie gala event which was held on December 2nd, Crimcheck President Ted L. Moss accepted the award and gave kudos to his entire team by delivering the following statement: “Crimcheck has established itself as leader in the employment screening industry by utilizing a highly effective, creative, and technically innovative team that consistently meets the needs of our clients. We value the human element of every business and recognize that people are an organization’s most valuable asset. From this belief, we define our mission to be “expertise made easy.”