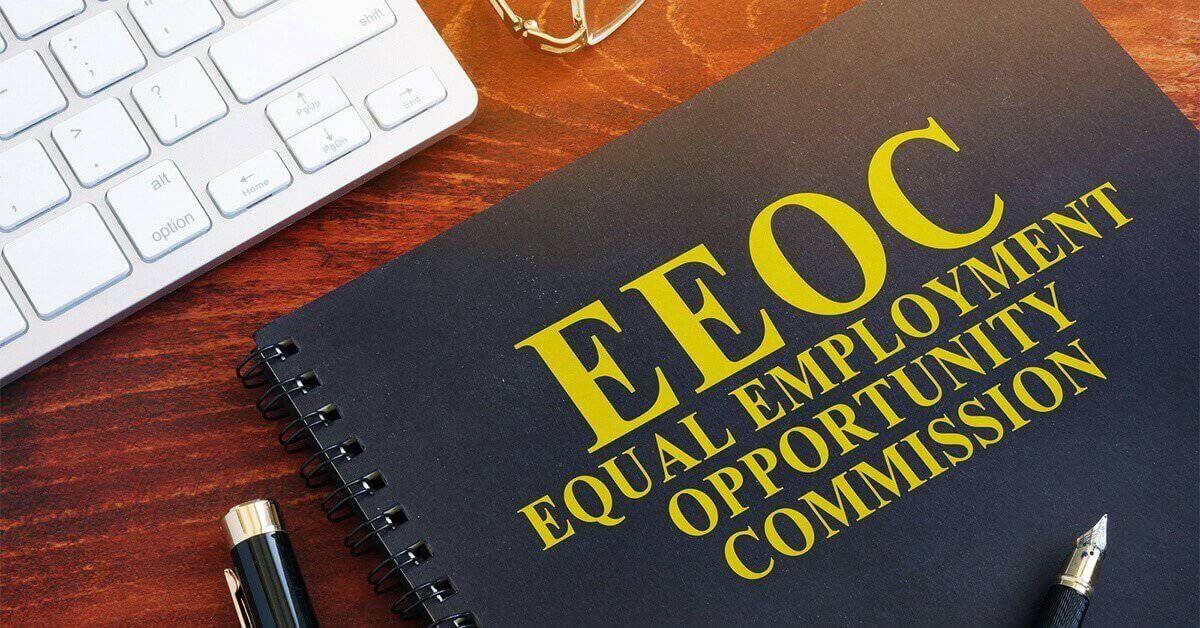 Over the last few years, the Equal Employment Opportunity Commission (EEOC) has been cracking the whip on employers over the use of criminal background checks during hiring. The agency’s enforcement efforts were kicked off in 2012 when it published its controversial Enforcement Guidance on Use of Arrest and Conviction Records in Employment.

Since then, the EEOC has been using a number of means to encourage employers to enforce its guidelines. For instance, in 2014, it teamed up with the Federal Trade Commission (FTC) to publish “best practices” for employers use in order to implement the guidance.

The same year, the EEOC also conducted a nationwide campaign aimed at raising awareness among employers about its guidance. In total, the EEOC conducted 335 events nationwide, reaching a total of 23,829 people with its message about the use of criminal background and arrest records in making employment decisions.

Beyond educating employers on how to best implement its guidance, the EEOC has been aggressively enforcing its guidance. It has been doing this by taking swift legal action against employers it deems to have violated its guidelines.

The agency has been suing such employers under Title VII of the Civil Rights Act (CRA) – accusing them of different forms of discrimination which arise from the use of arrest and criminal records.

Generally speaking, the EEOC has been experiencing mixed fortunes in its crackdown on employers’ use of criminal records under Title VII. The agency has suffered some embarrassing defeats – the most famous being in the EEOC vs Freeman case.

In this case, the EEOC had sued Freeman, claiming that its use of criminal background checks unfairly screened out African American, Hispanics and males. The agency therefore sued Freeman under Title VII for discrimination against these three categories of people.

The agency was embarrassed in court. Its lawyers had prepared a sloppy case. The case ended up being summarily dismissed in 2013. When the EEOC appealed the decision, the judges in the Appeals court again dismissed the case. They also severely reprimanded the EEOC, and ordered it to pay $1 million in attorney fees to Freeman.

Despite the legal humiliation which the EEOC suffered in Freeman case, the settlement wasn’t considered an annulment of its guidance. After all, the case was thrown out because the agency’s lawyers presented a sloppy case. It wasn’t thrown out because Freeman was innocent of the allegations brought against it.

The case which was considered a landmark for the EEOC’s enforcement was the one it filed against car giant BMW in 2013. In this case, the EEOC alleged that BMW’s background screening policies disproportionately screened out African American applicants. The agency also accused the car giant of implementing blanket bans on applicants with a criminal background – irrespective of the relevance of the conviction to the job.

However, when court refused to throw out the case, BMW’s lawyers backed down and opted for a settlement. In September 2015, the car giant agreed to pay $1.6 million in compensation to the 56 claimants on whose behalf the EEOC had filed the lawsuit. The company also agreed to offer the claimant’s employment through a third-party contractor. Finally, BMW agreed to alter its background check policies to conform to the EEOC’s guidance.

The settlement is considered a landmark in the EEOC’s enforcement of its guidelines for two reasons. First of all, it was a legal validation of the agency’s guidance. As such, it can form a legal precedent on which future judgements are based.

Secondly, it was considered a morale-boosting win for the EEOC. There was wide press coverage for the case, with each twist and turn reported and legally analyzed. Given that the EEOC won (against a high profile BMW legal team), it must have been emboldened in its enforcement of its guidance. As such, this reinvigoration will almost certainly cause it to pursue employers even more aggressively in 2016.

The “Ban the Box” Factor

The EEOC may be boosted in its pursuit of employers by the increased popularity of “Ban the Box” laws. Over the past year, numerous states have passed “Ban-the-Box” laws which restrict the use of criminal background information during recruitment. There are currently over 100 jurisdictions in the US – including states, cities and counties – which have such laws. There is even the talk of a federal “Ban-the-box” law being passed in 2016 – the bill is already before Congress.

The increased passing of “Ban the Box” laws will further embolden the EEOC for two reasons. First of all, the provisions in most “Ban-the-Box” laws almost mirror what the agency has placed in its Guidance. As such, each jurisdiction with a “Ban-the-Box” law inadvertently mandates employers to follow the EEOC’s guidelines.

Secondly, the “Ban-the-Box” laws provide a more solid legal framework for pursuing employers. Under the current environment, the EEOC has been pursuing employers under Title VII of the Civil Rights Act. The only challenge with this approach is that Title VII doesn’t explicitly cover background checks. As such, when preparing cases, the agency’s lawyers have to work in a roundabout way in order to prepare solid cases. This is why some cases like Freeman get tossed out.

With the “Ban-the-Box” law, such legal ambiguities are eliminated. This means that the EEOC’s lawyers can prepare more solid cases. Given that the EEOC is legally mandated to pursue employers even using local laws, the increased adoption “Ban-the-Box” laws will certainly provide a legal boost to the agency. As such, it will offer a springboard for more aggressive enforcement in 2016.

The increased aggressiveness by the EEOC will almost certainly lead to a spike in lawsuits filed against employers for background check violations. This means that employers who aren’t careful with compliance may find themselves in the dock, or be forced to pay millions of dollars in settlements.

In order to avoid falling victim to EEOC lawsuits in 2016, an employer needs to carry out four critical steps. The first is to study both the EEOC’s guidance and the EEOC – FTC best practices for using criminal and arrest records when making employment decisions.

The second step is to study any “Ban-the-Box” laws which are existent within an employer’s operational jurisdictions. The third step is not to forget the Fair Chance Reporting Act (FCRA).

The final step is to integrate all these laws, guidance and best practices when designing or revising background checking policies for 2016. These four simple steps will enable employers to achieve holistic compliance, and avoid falling victim to the EEOC’s aggressive enforcement in 2016.

What is the EEOC?

EEOC stands for the Equal Employment Opportunities Commission. It is the federal agency which is tasked with fighting discrimination in the workplace. The EEOC’s main goal is to ensure that no employee gets discriminated against on the basis of color, race, gender, age, genetic information and other such factors.

What is the EEOC’s concern with Background Checks?

The EEOC’s main concern is that background checks shouldn’t be used to discriminate against applicants. At a minimum, this means that all applicants for a given position should undergo the same background checks regardless of color, race, gender, etc.

Over the last few years, the EEOC has turned its efforts on people with criminal records. It has said that summarily screening out anyone with a criminal record is a form of discrimination. Therefore, simply because someone has a criminal record doesn’t mean that they should automatically be denied employment.

So, does the EEOC want me to hire every ex-con who applies for a position?

No. However, the agency demands that you provide everyone a fair shot – even if they have a criminal record. This basically means two things:

First, that you consider other job-related attributes first (e.g. education, required skills, work experience, etc) before examining an applicant’s background. This will offer everyone irrespective of their criminal past a fair shot at the position.

Secondly, even when you discover a blemish in someone’s past, you should only deny them employment if that blemish has a direct application to the job at hand. For instance, someone previously convicted of financial fraud can be denied the job of accountant, however, it would be unfair to deny them a position as a forklift operator.

According to the EEOC what is the best point in the interview process to conduct a background check?

Well, the EEOC doesn’t mention anything about the “best point”. However, to be on the safe side, a background check should be the last activity in the interview process. By the time it is carried out, all the other criteria should have been passed. As such, the only thing standing between the applicant and the job should be the background check.

In legal speak, the background check should be carried out once you have made “a conditional offer of employment” to an applicant.

What are the main things my company needs to do to avoid falling afoul of the EEOC?

Other helpful tips include:

What have “Ban the Box” laws got to do with the EEOC?

On the one hand, nothing. The EEOC is a federal agency and Ban the box laws are enacted at state, or local level. For instance, in 2015, New York City enacted its ban-the-box law called the “Fair Chance Act”. Many other states have enacted their own laws.

On the other hand, everything. The one thing the EEOC has been lacking is legal ammunition for enforcing its guidelines on the use of criminal background checks during recruitment. It has been relying on Title VII of the Civil Rights Act of 1964 – which doesn’t offer legal clarity.

Ban-the-Box laws offer such clarity. They clearly spell out where, when and how employers should use criminal background check information during recruitment. Therefore, they make it much easier for the EEOC to pin down employers.

Where can I find more info about the EEOC’s background checks guidance?