How To Tackle The Challenge of Bogus Degrees 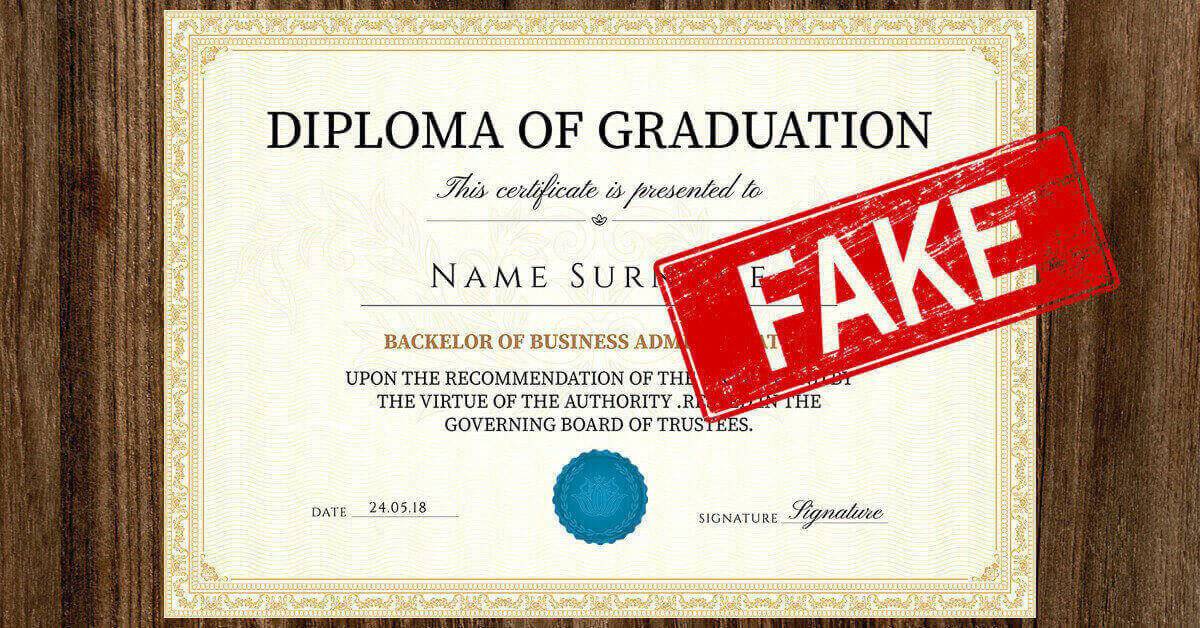 On May 27th, Pakistani investigators arrested the CEO of Axact – a Pakistani software company accused of running an online diploma mill. The arrest was the culmination of investigations which were sparked off by a New York Times exposé which revealed that Axact was running a network of 370 bogus educational websites.

The websites posed as educational institutions like high schools and universities. They offered a number of fake academic awards ranging from high school diplomas to PhDs. They used names such as Columbiana, Barkley and Mount Lincoln which resemble popular American institutions like Columbia University and Berkeley to lure people.

The only problem is that Axact’s institutions had no campuses, no professors and no real courses. They were fictional institutions created for two purposes:

1.  to defraud unsuspecting victims looking for a genuine degree or

2.  to fulfill the needs of unscrupulous people looking to purchase bogus degrees.

When Pakistani investigators raided Axact’s offices, they recovered “hundreds of thousands” of blank bogus degrees belonging to the company’s various universities. According to the Times exposé, the company – which employed 2,000 people – has defrauded thousands of people of tens of millions of dollars.

The case of Axact is by no means isolated. It is part of a wider emerging pattern – fueled in part by the growth of the internet. It is not the first case to attract the attention of authorities either. Back in 2008, a couple in Spokane was convicted of running a network of fictional universities. These universities sold close to 10,000 fake diplomas and degrees to people in 131 countries. The couple – who were high school dropouts – earned $7.3 million from their fraudulent scheme before they were nabbed. They wound up receiving three year jail sentences.

Unfortunately, those who get nabbed are in the minority. An evocative book, “Degree Mills: The Billion-Dollar Industry That Has Sold Over a Million Fake Diplomas” by Allen Ezell (a former FBI agent) and John Bear paints a staggering picture of the problem. The book states that there are over 3,300 unrecognized universities worldwide.

The universities offer a range of fraudulent qualifications from high school diplomas to doctorates. In most cases, the only requirement to receive such qualifications is the ability to pay the right price. Perhaps the most shocking statistic is that over 50,000 PhDs are purchased from such universities per year. This is actually greater than the number of genuinely awarded PhDs.

The sheer number of bogus degrees on the market poses a serious threat to organizations. It greatly increases the chances of recruiting or promoting individuals on the basis of such degrees. Although a few of such individuals may be victims of fraud, most are likely to have sought out these fake degrees as a shortcut to career advancement. Either way, it poses serious challenges for an organization.

A case in point is that of Gene Morrison, the fake UK criminologist unearthed in 2007. Mr. Morrison had secured his position using academic credentials from Rochville University – one of the bogus universities run by Axact. He was ultimately unearthed and jailed.

Even then, the fallout from Mr. Morrison’s recruitment didn’t end with his going to jail. The case was a serious embarrassment for the British Police force. The police also had to re-examine the 700 cases which Mr. Morrison had worked on during his tenure as criminologist.

In some cases, bogus degrees have the potential to create catastrophic situations. For instance, the New York Times exposé revealed that a nurse at a large Abu Dhabi hospital used a medical degree purchased from Axact to secure a promotion. The nurse actually confessed to have paid $60,000 for the fake medical degree in order to get herself promoted.

It doesn’t take a large stretch of the imagination to realize that this nurse is a potential disaster waiting to happen. If she begins making medical interventions which she is obviously not qualified to carry out, she can easily endanger the life of the patient. The fall-out from such a catastrophe can dent on only her image, but the image of the hospital and that of the HR who made the decision to promote her.

The bottom line is that bogus degrees pose a serious threat to the image of an organization, the quality of its products/services and the credibility of an HR. Since it is usually the job of the HR to evaluate academic qualifications, hiring or promoting someone with fake academic credentials can seriously dent the HR’s credibility. If the fallout from the decision places the organization under a media spotlight, the HR can easily find themselves out of a job. As such, every HR needs to take precautions to reduce the chances of making key decisions on the basis of bogus academic qualifications.

Dealing With The Challenge

The good news is that tackling the problem of bogus academic credentials isn’t at all difficult. In fact, when individuals with such credentials slip through the cracks, it is usually due to lack of vigilance from the HR. All that is needed is a simple educational verification check.

Now, educational verification is supposed to be a routine part of background checks which precede major personnel decisions. Unfortunately, many HRs do not actually carry it out. Most assume that since academic documents like transcripts look authentic, it means that the institutions which issued them are genuine. In some cases, a simple Google search on the educational institutions can raise enough red flags.

Ultimately, the arrest of the Axact CEO may bring down that Axact’s network of bogus high schools and universities. However, it doesn’t eliminate the problem of bogus degrees altogether. It certainly doesn’t reduce the likelihood of an HR making a key decision on the basis of such degrees. Every HR needs to take steps to lower the risks within their organization. One simple step is by carrying out thorough educational verification prior to making key personnel decisions.