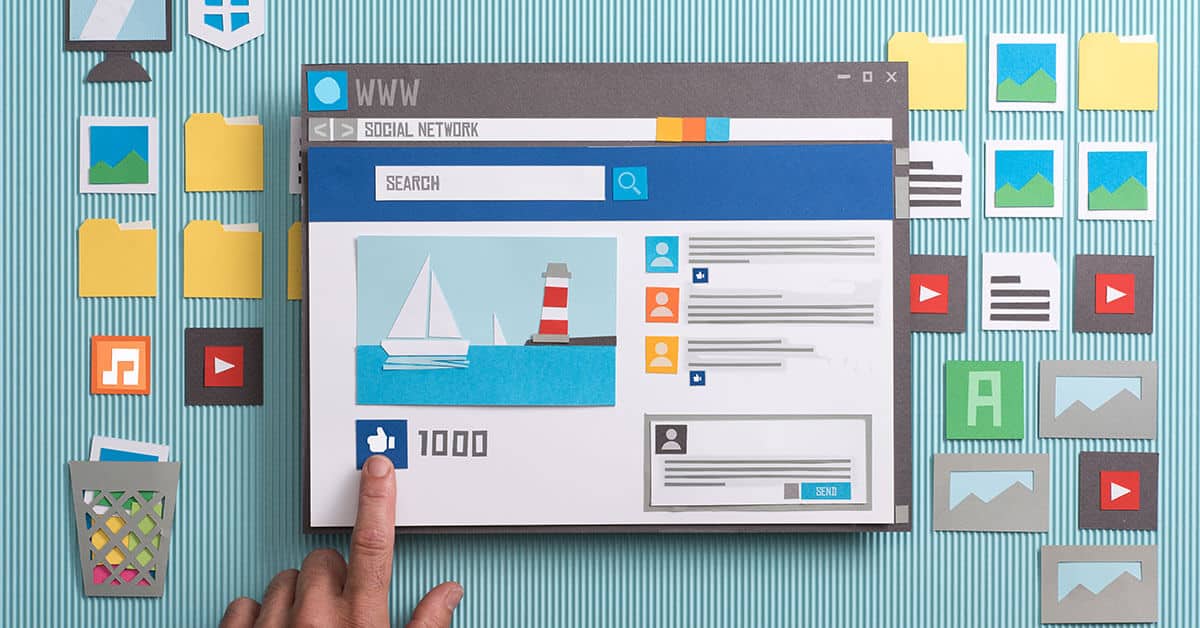 Social media is a broad term and includes blogs, websites, chat rooms, as well as such social networking sites as Facebook, Twitter, and LinkedIn. Given the popularity of these sites, it is not surprising that employers have latched on to them to uncover a virtual treasure trove of personal information on candidates. However, the use of social media activity by employers raises challenging legal issues.

Due to the relative ease with which employers may view personal information on social media, it is near irresistible for employers to tap into these sites to uncover personal details on candidates they will be interviewing. If these employers are part of the hiring team, a candidate may claim it was the employer’s unauthorized viewing of their profile that caused them to lose the job. This claim can lead to significant legal consequences.

By reviewing the legal rules regarding the use of social media in hiring, employers will be well positioned to incorporate best practices that can reduce or even eliminate legal liability.

What Are The Most Popular Social Media Sites?

The three predominate social media platforms for recruiting are Facebook, Twitter and LinkedIn. Facebook and Twitter may be referred to as personal sharing platforms as users most often share personal information with their network of “friends.” A LinkedIn profile is primarily used for business networking purposes and users post information regarding work history, volunteer activities and education. The site also allows users to post recommendations from present and past supervisors and colleagues.  The distinguishing factor between personal and professional social media platforms is important as users share information based on their perceived targeted audience.

As an increasing amount of personal information becomes available via social media pages and social media posts, employers are turning to these sites to screen candidates as they value-add to the information provided in resumes, applications, and criminal record-based background checks.

What Are The 3 Benefits of Social Media Screening?

Social media background checks can uncover behavior and attitudes that are not aligned with the company’s values or accepted behaviors, such as racial commentary, propensity for unprofessional (slang) communication, or deviant behavior. Although most candidates present themselves in the best light during the hiring process, social media screens can highlight problematic character or behavior traits.

A social media screen need not focus on the negative but can also uncover positive information about a candidate. Perhaps the candidate graduated at the top of his or her class, coaches team sports, or was awarded employee of the quarter in a past job. Candidates may not think to mention these factors during the application and interview process, but they are important to know so that employers may obtain a 360-degree perspective.

3. Provide insight from past supervisors or colleagues

Social media sites, such as LinkedIn, allow members to receive endorsements from past supervisors or colleagues. These endorsements provide insight regarding the candidate’s ability to work with others and overall job performance.  Of course, candidates will only ask for reviews from those they know will provide positive feedback, but the comments are still indicative of the candidate’s relative strengths.

A study conducted by North Carolina State University shows that when job candidates discover that employers were tapping into their social media profiles, they more likely to consider the hiring process to be biased and unfair regardless of whether a job offer was extended. The researchers concluded that the mere perception that a company had viewed a job applicant’s social media profile without permission could have a damaging effect on the company’s reputation.

Organizations of all sizes utilize social media for a broad range of activities, such as branding marketing, promotion and customer engagement. Not only has social media impacted the manner in which companies conduct business, it has also fostered a perception among employers that these sites provide a viable channel for candidate sourcing.

LinkedIn, especially, is often viewed as a useful tool for identifying top talent. LinkedIn users often include information in their profiles that may not be legally considered during the formal hiring process. In light of this, many employers use LinkedIn to informally uncover information about candidates that is outside the scope of what an application can legally ask or what is provided by recruiters during their vetting process.

It is all but impossible for human resource departments to control social media usage by hiring managers nor how such information is used within their circles of influence. Nearly everyone has posted foolish or risky comments/images on social media at some point.  Unfortunately, social media provides instant exposure of these events which can’t be retracted.

As soon as the ill-advised comment or image has been posted, it can be viewed by hundreds of people and cause significant damage to the person’s reputation. The remark or photo can also be shared by another party with the potential to go viral and resurface at some point in the future when a potential employer views it and uses the content as a basis for making a hiring decision. However, there could be serious legal consequents if the information used has been deemed to violate the candidate’s rights.

What Are The Legal Implications of Social Media Recruiting?

Social media has greatly impacted the manner in which companies recruit and hire employees. Social media sites are a useful resource in bringing candidates and employers together and social media vetting has become a routine activity for employers as many people post information that may not be legally considered in making a hiring decision. Examples include political party affiliation, membership in religious organizations, or country of origin.

While it’s not against the law to view such information, the legal liability ensues from what the employer does with that information.  Even an alleged instance of discrimination by the candidate based on an employer viewing their profile can result in significant legal consequences.  For example, what if the candidate claims s/he was not hired because of their political views but the employer claims this had no bearing on their hiring decision?

If evidence shows that a member of the hiring team viewed the candidate’s Facebook page which shows s/he’s a member of a particular political party, how can the company convince a jury that this information was not a factor in the hiring decision?  Disproving these types of allegations can be very difficult.

What if a potential employer asks a candidate to provide the login details to their social media account so the employer can see if the person posted derogatory comments about their current employer? Is this legal? The answer, it depends on where the candidate lives as there is no federal law that prohibits the practice, although the Equal Opportunity Commission (EEOC) provides oversight of social media hiring practices.

There is a federal law that criminalizes unauthorized use of digital content and it’s for this reason that some employers ask that candidates sign a consent form before viewing their social media profile. A number of states have passed laws that prohibit the practice of requiring candidates to provide login information to their social media accounts. An article by the Society of Human Resource Management (SHRM) provides a listing of these states.

While most people are aware that posting risky content or photos can hurt their job prospects, they are less aware that the law protects their privacy and restricts employers from using this content as a basis to withhold a favorable hiring decision.

Employers risk legal challenges when they engage in discriminatory practices such as when their social media searches result in not hiring a candidate from a protected class of workers. Title VII of the Civil Rights Act of 1964 prohibits discrimination on the basis of sex, age, gender, national original, race, religion or sexual preference.

For most jobs, this information is intentionally omitted from the application and hiring process in order to avoid legal complications. Yet, if a hiring manager wants to uncover this information, it’s readily available in the social media profile (provided it’s made public). Even when human resource staff instruct members of the hiring team to refrain from pursuing social media profiles, there’s no way to ensure they will heed this advice.

The EEOC has carefully scrutinized employer hiring practices and has filed cases where it observes improper use of social media. Carol Miaskoff a representative of the EEOC disclosed in a 2014 Federal Trade Commission workshop that even if employers simply glance at a candidate’s social media profile, they are exposed to a large amount of personal data about protected statuses (age, gender, race, etc.)

For this reason, Ms. Miaskoff stressed the importance of detailed record keeping by employers that will provide verification in response to any future candidate claims that their perusal of the profile had no bearing on the hiring decision.

Although the NLRB has interpreted the Act as allowing perusal of social media profiles by employers, it cautions that if a candidate who was not hired can establish that a prospective employer learned of their protected union activity by viewing their social media profile, the employer can face legal liability. The only recourse to the employer is to some find a way to prove that their hiring decision was not based on information obtained from the profile.

As stated by Ms. Miaskoff of the EEOC, this is why detailed record keeping of sourcing activity is so important to the hiring process.

From the above discussion, it should be clear that employers must be very careful in how they collect and use data from candidates’ social media profiles. Employers need to have an established policy and procedure guide regarding the use of social media in the hiring process and they must ensure that all employees are trained on the policy.

If, despite the risks involved, an agency wishes to utilize social media recruiting, the safest route is to utilize the services of a third-party background screening company that serves as an objective resource in providing only information from the profile that is relevant to job qualifications without overextending into protected class information.

This strategy creates a shield between the screening company conducting the social media search and the company hiring team thereby reducing employer liability.